The Sunnyvale City Attorney's Office seeks a qualified attorney for both transactional and litigation work. Under direction of the City Attorney, the Assistant City Attorney provides complex professional legal services in support of all City departments, various boards and commissions, and City Council; represents the City in administrative and judicial actions; and performs related work as required. Strong written and oral communication skills and the ability to work collaboratively with multiple departments are required.

The City of Sunnyvale provides an excellent benefits package. A complete application packet will consist of a City of Sunnyvale employment application and responses to the required supplemental questions. The final filing date is October 25, 2120 at 5:00 pm. For complete information regarding this opportunity, please visit www.sunnyvale.ca.gov, and click on jobs.

When applying, please note that you saw the job posted on the NOVAworks Job Board. If you need help with your resumé, please see a NOVAworks Career Advisor. 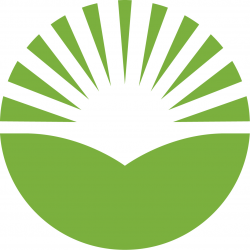 About City of Sunnyvale

Recognized as the “Heart of Silicon Valley,” Sunnyvale, with a population of approximately 149,000, is the fifth largest city in the San Francisco Bay Area and the second largest in Santa Clara County Sunnyvale was incorporated in 1912 and has transformed from an agricultural community to a center for the defense industry and the current nexus of research, development, and manufacturing that created Silicon Valley. Sunnyvale is home to notable companies such as Amazon Lab126, Apple, Bloom Energy, Fortinet, Google, Intuitive Surgical, LinkedIn, Lockheed Martin Space Systems, Mercedes Benz Research and Development, NASA Ames Research Center, NetApp, Twitter, and Walmart Labs. The draw of working in this dynamic community swells the City’s daytime workforce to 230,000.

Sunnyvale is located in the spectacular San Francisco Bay Area. The San Jose, Oakland, and San Francisco international airports are easily accessible. The area is home to many museums, theaters, concert halls, and art galleries, as well as numerous professional sports teams.